head of Turkish “Al-Saada” party, Karra Mala Uglu, stressed that Jerusalem is the important issue to unite Muslims, and indicated that Turkish – Israeli relations are an issue to be solved.

Mala Uglu said that it’s the duty of all Islamic nations to thrive for Muslim unity, especially Turkey for its historical and geographical locations, “but we weren’t successful in that part”, in an interview with U-News Press Agency, on the sidelines of the Eleventh Conference for Islamic Unity Forum debuted yesterday night in London under the title of “Islam Drives Life”, with the participation of IUF and a number of leaders, Islamic scholars, and other political, regional, and intellectual guests.

He added, the Arab – Israeli war is actually a war between Muslims and the Israeli entity, and confirmed that Israel’s occupation to Jerusalem is the most sensitive matters to Muslims, and they all agree the city is a capital to all Muslims.

And concerning Turkish – Israeli relations, describing it as “a problem”, he stressed that solving it comes by cooperation and economic and industrial development for Muslim nations.

And for the conference, the Turkish politician said that “the subject of Islam driving life is interesting, it grants hope to all, if we adapted our lives to Islamic understanding, we’ll live safely.” 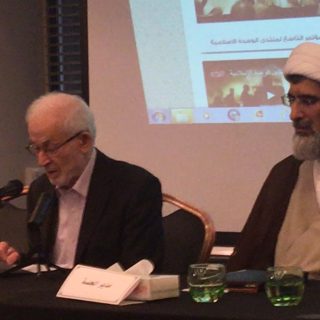 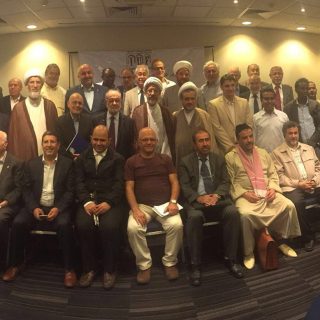